Written by Nataya Radinka
Updated over a week ago

About a year ago, all companies were preparing to become GDPR compliant. At Beeple, we spared no trouble or expense either. To this day, we are still making adaptations to keep our tool GDPR proof and this first feature of the new release proves that. In the access rights of the admins, you can now indicate that a role can only see the name of the collaborator and no other data like email address, mobile, address etc. There are however a couple of places in the tool where this is not yet implemented. In the first place, it is not taken into account in everything that is based on templates and in the communication. The mobile phone number is also still visible to everyone (including all admins)  in the planning overview. At organisations, the mobile phone numbers of members and managers are visible to everyone that belongs to that organisation as well. Finally, the data of the planning manager are always visible.

As from this release, the module ‘Documents’ is given another name: ‘Documentation’. In addition to this change of name, we added an extra functionality. You can now choose a purpose when adding a new document: is it a collaborator document or a representative image? A representative image is a picture that represents a project, subproject or team. This is a preparation for making vacancies more visual in the future.

New is that you can define the type of (un)availability: available, sick, leave, legitimate absence … Every type of availability can also be used as a counter. The counters can now be imported and exported (in a collaborators export). The counters will also be recalculated when something is adjusted, also in the past. And when you don’t need certain counters anymore, you can deactivate those (& the matching periods if necessary).

For each type of availability, you can indicate as admin whether or not you need to give your approval for it. Availabilities that require approval and are not yet approved are not taken into account in the planning. Pay attention: once an availability has been validated, it cannot be modified anymore by anyone (neither the collaborators nor the planners). In addition, collaborators and admins have the possibility (once this is indicated in the settings) to lock an availability, so that it can never be adjusted again. New features (such as new counters) will only take into account these new availabilities). 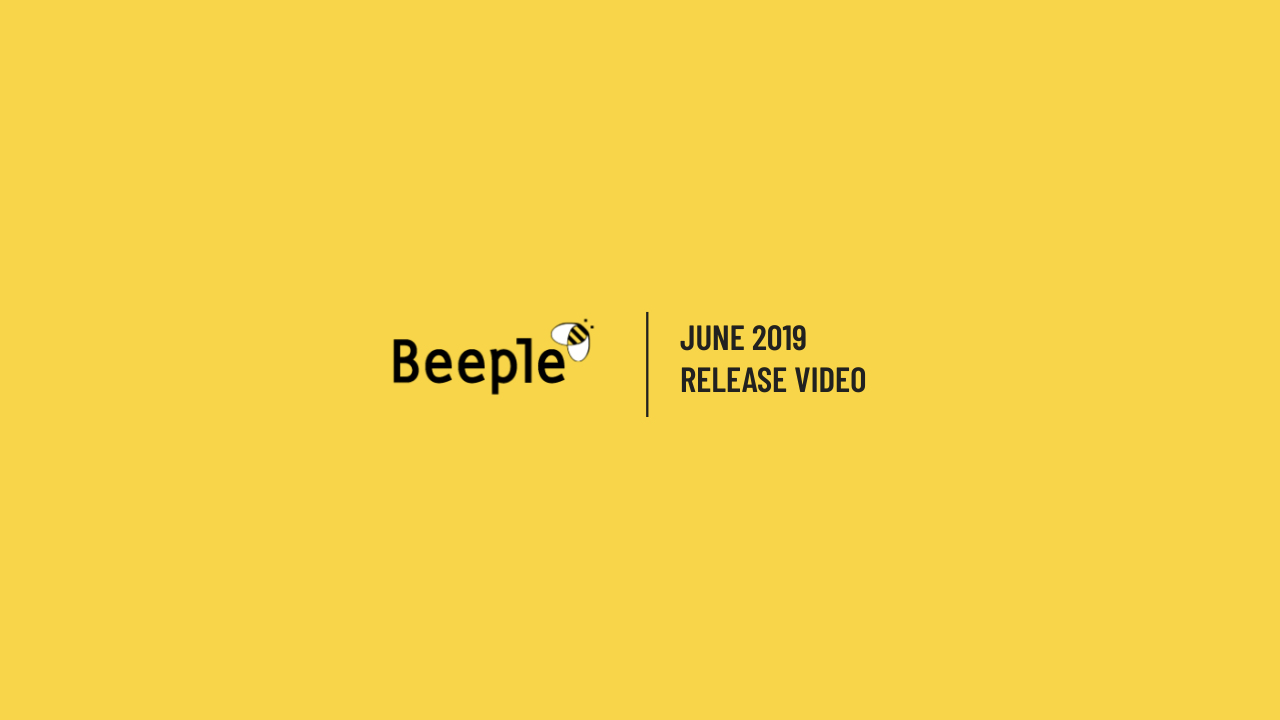 In the meantime, the mobile development team hasn’t been standing still either during the past 6 weeks. First of all, a lot of new functions of the admin app were added to the Beeple app, including an overview of the active teams (that is the teams that are running now, that ended 30 minutes ago and that will start in 30 minutes). Normally, you can do exactly the same with the collaborators app as with the admin app (but don’t delete the admin app just yet). Thanks to the renewed documentation feature, the vacancy page in the app now also shows representative images. Those make the vacancies all the more attractive to your collaborators. The vacancies and candidacies pages have received some new filters. From now on, you can enrol/apply for a complete series of a repetitive team through the mobile app (in the past, this was only possible through the web application). Besides, it is also possible now to automatically fill in the planning URL on the login screen by means of a QR code scan. To conclude, we have an exclusive preview for you. In the near future, we will launch a new app that introduces a new way of check-in: the Kiosk Check-in App. With that app, you transform each iOS or Android device, for example a tablet, into a time clock. That way, you can continually check collaborators in and out as admin. If you’re interested in this app, please contact the Customer Success Team. 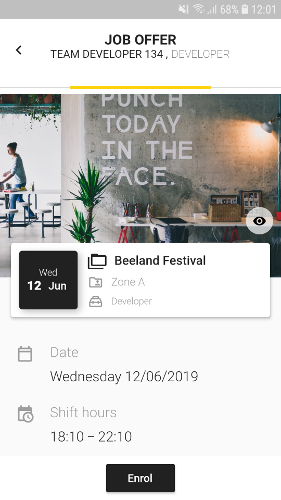 The past six weeks, we also solved several bugs and implemented many improvements.

Did this answer your question?